The Surprising Discovery of a 996 Turbo 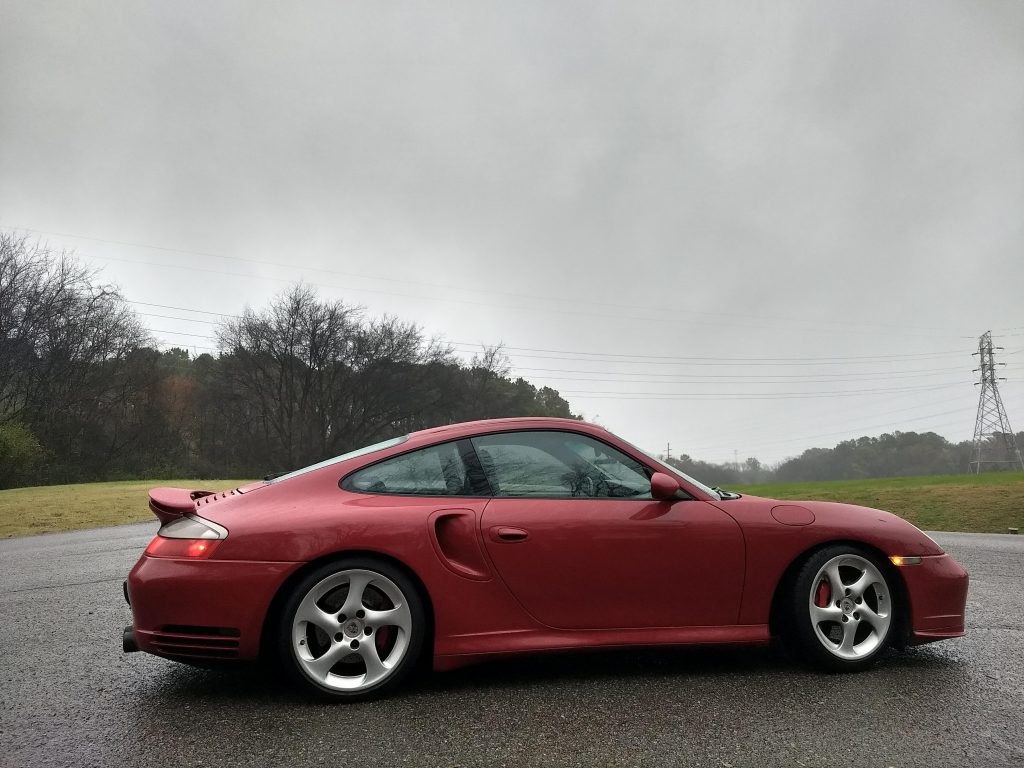 Having owned various BMW M models over the years there was still a car from our formative years that my brother and I yearned after. That was a 996 Turbo. Introduced in 2001, the 996 Turbo was a super car in its day and, in many respects, still is to this day. We had the opportunity to pick up a 996 C4S in December of 2017 and it was our first Porsche. While the 996 isn’t respected much in the current day, we look back at it fondly as it was the Porsche around during our childhood alongside the E39 M5, E46 M3, and M Coupes. While that car is a fun driver, it still lacked the raw power we would expect from a Porsche. The 996 Turbo had been on our radar, but we didn’t know when we would take the plunge. We were focused on Speed Yellow examples as a Turbo has to stand out, right?

We were informed by an acquaintance of a 996 Turbo that had become available in our area and that it was red. Our first thoughts were “great!”. It wasn’t Speed Yellow, but Guards Red is an excellent color on a 996. We headed out early on a Monday morning to check the car out. Upon initial inspection, we noticed the vehicle wasn’t stock – aftermarket exhaust and coilover suspension. The color looked great.

Setting eyes on it at first, you can’t help but love the 996 Turbo and know it means business. The large, gaping intakes on the flared haunches, the whale tail spoiler out back, and the big Brembo brakes peaking from behind the Turbo twist wheels. After admiring it, we both looked it over and commented on how much Guards Red looked like BMW’s Imola Red and that it didn’t look as bright as what we’ve seen in photos. We were happy with our initial meeting with the car, but headed back to do more research.

After further research on the 996 Turbo, we found two of the previous owners online at Rennlist. The car was originally from California and spent some time in Georgia before making its way to Nashville.

Reviewing the build sticker under the hood lead to a little confusion. The paint code was listed as ‘L998’. Not as versed in Porsche paint codes as we are with BMWs we proceeded with a little more research. ‘L998′ signifies a paint to sample order. Porsche’s Paint to Sample program is akin to BMW’s Individual program. Now, we find it funny that our research on many of the cars we have purchased reveal information that geeks us out and subsequently pushes us to the purchase.

A post online revealed that the actual paint code could be found on a sticker on the left frame rail underneath the trunk carpet. Pulling the carpet back revealed the sticker and to much surprise said, “LY3C Amulet Red (AUDI)’. This 996 Turbo had been special ordered new in Audi’s very own Amulet Red. This would explain the similarity to BMW Imola Red. This was a very nice find as we are suckers for cars painted in special colors.

We did more research and found a previous for sale thread on Rennlist that listed the car as having the X50 Performance Package. We were both shocked when we first saw this and scrambled to pull out our phones to look at the option code sticker we had taken a picture of. We don’t know how we overlooked it before, but there it was – ‘X50’. Now, we knew exactly what this was. The bigger K24 turbos from the GT2, the longer finned intercoolers from the GT2, specific exhaust, and a beefed up transmission all to handle a total output of 450 horsepower from 415. That was it. We knew we had to have it.

As Trevor describes it, we proceeded forward quickly to complete the purchase, but first a test drive was in order. Strapped in, ready to go, foot on the throttle. The first moment of accelerating we knew this was something different – something we definitely hadn’t experienced before. Thankfully, the engine was already at operating temperature. We pulled out onto a main road and laid into the throttle. We couldn’t stop laughing. Hearing those turbos spool and being slammed into the seat as the needle climbs past 3,000 RPM as full boost is reached and you’re leaping past legal speeds – 50, 60, 110..oops! This car is definitely hiding other secrets as 450 HP can’t be THAT fast.

As Taylor describes it, a test drive was in order first. As I turned the key with my left hand the Mezger flat six roared to life behind me. I pulled the seatbelt across me and buckled it with a click. Pulling out on to the road this was clearly a different animal than my other cars. Weighing the throttle steady with my right foot a mechanical scream expelled behind me. 30, 40 – a loud whirr of turbos spooling – within a blink I was pushed into the seat – 60, 90 – lights were blurred. I relaxed my foot on the throttle and couldn’t stop laughing. Coasting back to normal speeds it was apparent that this was the fastest car we had ever driven.

Both in agreement, we took it home. As with any car we purchase, a small list was already forming on items to address. First, revert back to stock exhaust, change the oil, replace worn trim, blown hood and trunk shocks, etc.

Having a hobby of cars is a fun passion. A never ending treasure hunt. After striking a 996 Turbo off of the list the big question is, what’s next?